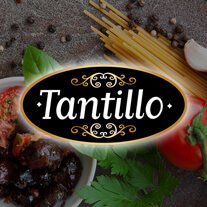 Once upon a time, a long, long time ago lived a simple farmer in a magical land called “California” way out west, where the tall mountains and rolling hills cascade over the ocean, and where the air is thick with sunshine and flowers. Rudolph Boysen did love his berries, he loved them so much that he used to try and make them have families of their own! Sometimes though, children need more than one parent to flourish. A family can be composited of one, two, or even three parents! (Relax, we’re talking about berries.)

So Rudolph Boysen mixed raspberries, blackberries, and loganberries! It took three delicious berries to create this new one. Oh the townspeople did love his new berry. They came and they bought them from his farm to bring home every chance they had! They found they needed to store them in the fridge, and they would only last for about 4-5 days before they had to wash and enjoy them!
Alas, he needed a name for his newest creation. While Rudolph Boysen was a genius at farming…he wasn’t too creative with naming. But what a way to go down in history! The Boysenberry.
Later it was discovered that boysenberries have an excellent source of fiber, folate, and manganese. They are also pretty awesome for vitamin K. The end!